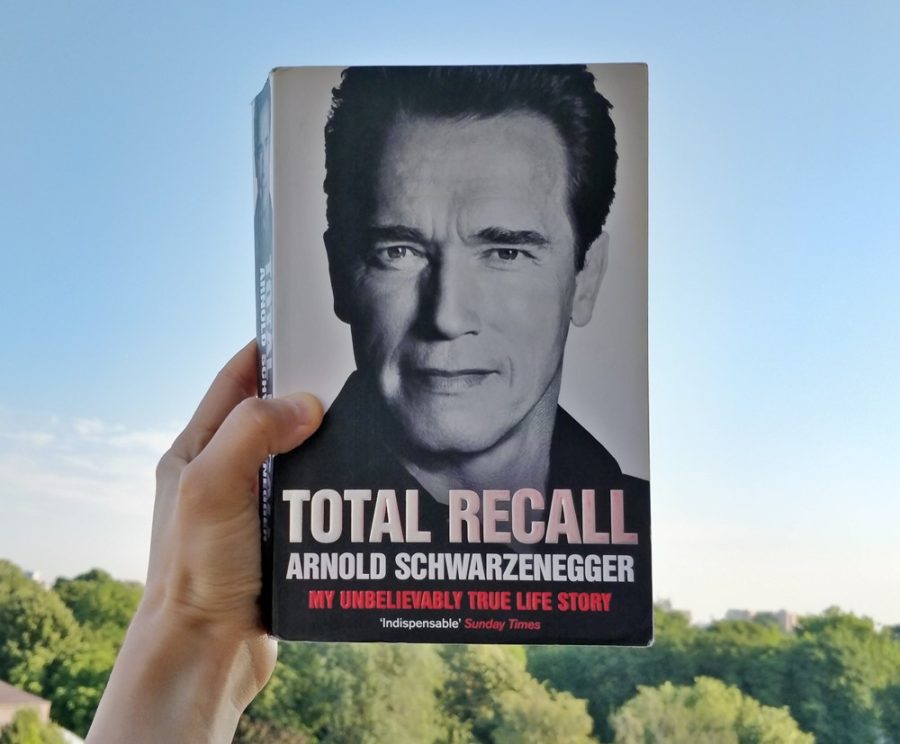 I’m aware that I often tend to contradict myself. An opinion I felt so strong about last month or last year might have been killed in the time that passed. That’s because I’m purposely trying to change my mind („strong opinions, loosely held„

. Well, it’s normal, I’m always learning new things and evolving, right? I’m not the person I was a year ago, and I don’t want to stay the same a year from now.

The process is more important than reaching a conclusion (or sticking to it, just because you labeled yourself that way). I’d rather make you ask yourself the right questions, the hard ones, instead of convincing you that my way is the only way – because obviously I’m wrong so many times! That’s also why I always encourage you to play the devil’s advocate role and send me any counter-arguments that you might have: even if I don’t agree with you, at least I’ll be aware of the cons.

Here’s an example of one of the things I changed my mind about in the past decade. A few years ago, I was an arrogant young prick when it came to grammar and spelling. I was despising people who were misspelling words and had typos. In the past years, I gradually stopped caring about this and just started to focus on the message, the principle – it’s more important what those people are saying versus the details of how they are saying it.

After all, grammar is just a human convention. Language is a permanent work in progress – it’s a wood that’s being permanently chopped by those around (that’s why Romanian language is composed of so many Latin words, French, Turkish, Greek, and, more recently, English words).

As Richard Feynman was saying: „You can know the name of that bird in all the languages in the world, but when you’re finished, you’ll know absolutely nothing whatever about the bird. You’ll only know about humans in different places, and what they call the bird. So let’s look at the bird and see what it’s doing – that’s what counts. I learned very early the difference between knowing the name of something and knowing something.”

Always being active on Slack, Facebook messenger, WhatsApp group or whatever else your team is using = being in a non-stop meeting without having a clear agenda. That’s stupid and inefficient. Real time communication is highly disruptive for team members and it’s keeping you from deep thinking and creating quality work.

Do read this article from the Doist team, a task manager and completely remote company, about why they embraced Slack and also decided to stop using it – they quit cold turkey and talk about why real-time chat apps are hurting your business.

I’ve been using Slack for 3+ years to communicate with those I’ve been working with. In order not to be interrupted all the time by the (never important) buzz that’s going on there, I had to set some boundaries. First of all, no mobile notifications (well, I keep my phone on silent mode all day long anyways). Secondly, instead of always keeping it open in the web browser, I’m only active there for a couple of hours per day, always in the afternoon – after all my important work has already been done and I don’t have much mental energy left for anything else.

Nothing that’s really urgent and needs my attention right in that moment ever happens. And if it does, I find out about it in a different way than via instant messaging.

2. Since I brought up the topic of meetings and agendas. In his 2018 annual letter, Jeff Bezos talks about how they do meetings at Amazon: they banned PowerPoint presentations and, instead, they begin all their meetings with a silent moment: by reading six-page narratives. This way, you are making sure that everyone has time to read them (they are never sent in advance).

It requires more preparation from the presenter (the one who writes the memo), as they cannot hide behind funny slides – they need to be able to express clearly and simple what they want.

This technique also removes the interruptions created by ppt presentations, with people asking questions on slide 9 that are answered a few slides later.

Try it. Let me know how it goes.

Just because someone appears arrogant or proved that they’re human (made a mistake), does it mean that you don’t have to apply any of the lessons from their story? Cherry-pick your lessons.

This made me think about Jordan Peterson’s bestseller „12 rules for life„, a book that I read a few months ago and left me with such mixed feelings. I’ve been cautious to recommend it, it’s normal not to agree with all the ideas you read in a book, but the ones in this are more polarizing than anything else I ever read. It’s a non-stop carousel between „OMG, this is brilliant!!!” and „What the f*ck am I reading?„. So, yeah, I’m just gonna hold on to the brilliant ideas I encountered and just ignore the crazy / religious stuff.

4. PR exec tells all about manipulating the media — and spreading lies online

If you haven’t read Ryan Holiday’s first book, „Trust Me, I’m Lying„, here’s a great sneak peek into it. This 2012 article is about one of Ryan’s first PR stunts, about how he bought billboards for one of his clients, defaced them in the middle of the night, and use the pictures to manipulate the media into promoting his client’s work.

Of course, what goes around comes around, so the second part of his book is about how it all eventually turned against him and why he regrets using such manipulative tactics. 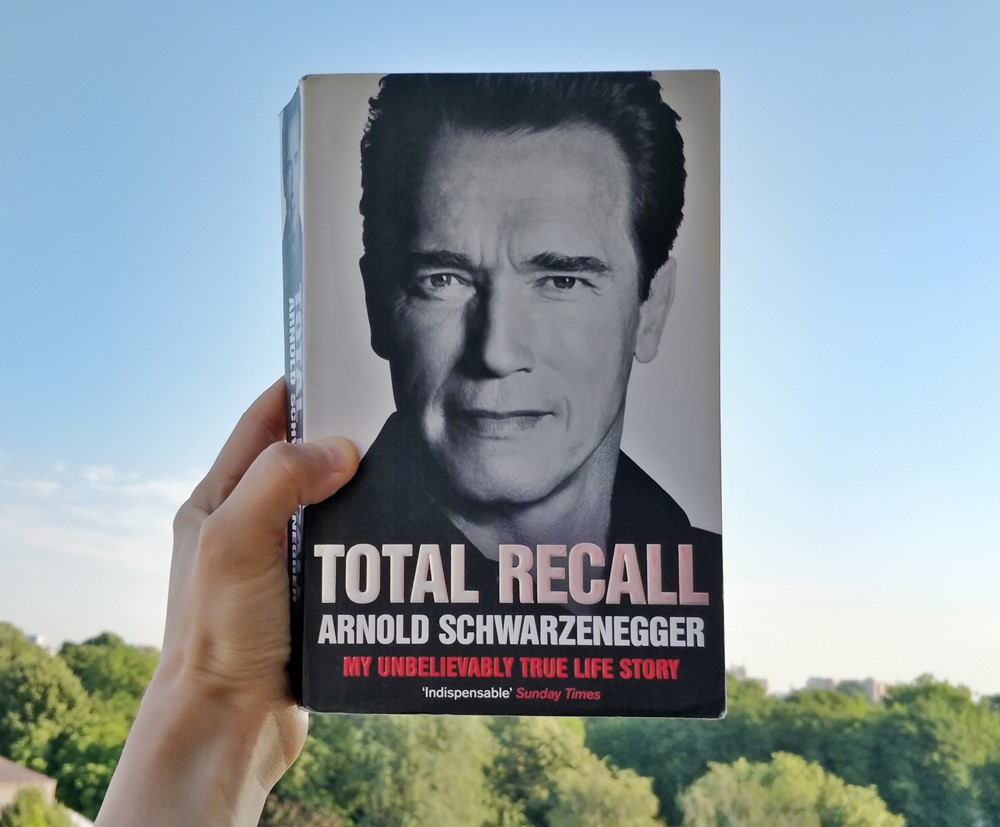 If you’ve been one of the early subscribers to my Friday Read, you might remember that I already mentioned Arnold’s autobiography before. Not only once, but twice.

This is the book that I was reading a year ago, at the beginning of July 2017, and loved it so much that I wasn’t able to put it down at night. It’s the kind of book that I bought 10 copies of it right after I finished reading it, just to pass them to friends, and also gave a few of those as a gift to you, my dear newsletter subscribers. I’ve been thinking a lot about it in this past year and I kept going back at it, so yeah, Arnold deserves a re-read and one more mention from me.

It exceeded all my expectations – probably because I kinda had no expectation when I started reading it? Arnold is publicly dissecting his life, without any fear of being vulnerable, exposing all the mistakes he’s made, failures and challenges – including his extramarital affair.

The book can be divided into three big parts, the three careers he domainted: fitness, Hollywood and politics.

He talks about the hardships he’s been through during his childhood in Austria (he comes from a really poor family – he’s a true self made man), how he fell in love with bodybuilding and became the best in the world at that – and defended that title even at the age when everyone else would have retired.

He also describes how he moved to America and started from scratch into a completely unrelated domain and made his first million dollars from real estate investments – yes, he was already rich when his acting career started to get traction.

Arnold remembers all the naysayers and how everyone predicted he doesn’t stand a chance at Hollywood because of his accent and his bulky looks. He decided to take English classes, but not to drop the accent, on the contrary: it was a deliberate decision to keep the accent and he wanted to make sure that he’s pronouncing the words correctly. He took these two things that everyone else considered to be weaknesses and turned them into his strengths and ways to be distinguishable.

And, obviously, the last part of the book describes how he became governor of California (the book was released in 2012, so it doesn’t cover the past 6 years).

I highly recommend that you read it – it can be a great weekend read. His story is a fascinating example of ambition and discipline. The guy knew exactly what he wanted and worked extremely hard to see his dreams come true, no matter what everyone else was saying.

He was also interviewed by Tim Ferriss three years ago – if I’m not mistaken, it’s Tim’s most popular podcast episode – so, if you’re not convinced if you should read his autobiography, there are still tons of lessons to be learned from their conversation.

Oh, and if you have an Instagram account, he’s a fun guy to follow – here’s, for example, a video of him doing a choreography with his old friend Sylvester Stallone.

That’s it for this week. Change your mind about something until next Friday!