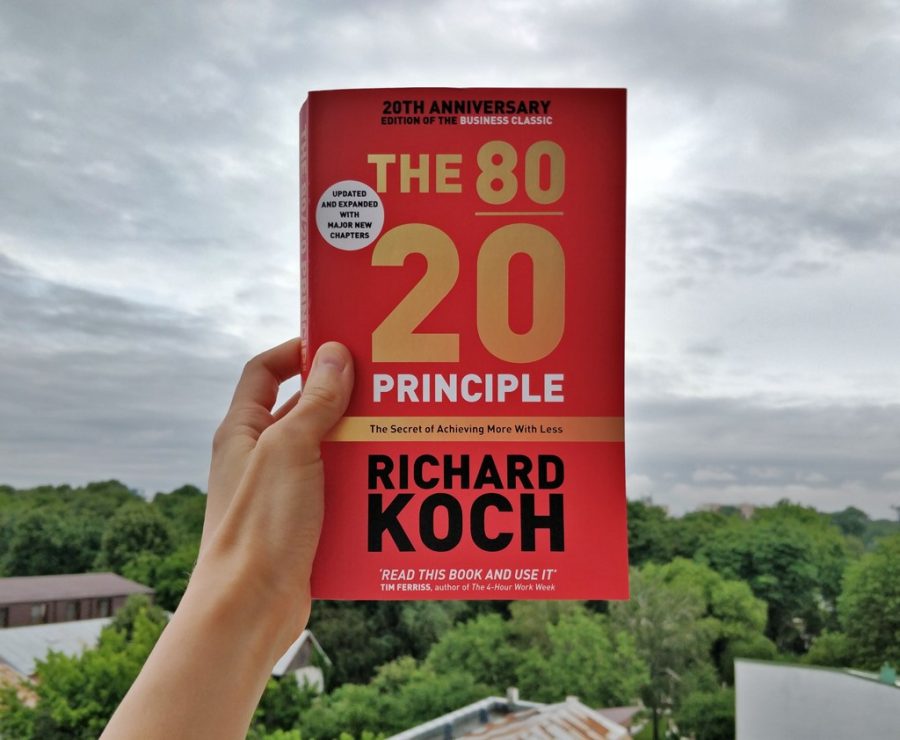 I might be the stupidest person in the room right now.
Or the one asking the dumbest questions.
Or the slowest runner in the race.
Or the last one to start reading the right books.

But I’m also the most determined one.
I’m not ashamed to go and learn from the best and ask them everything I want to know. And I will outlearn everyone as quickly as I can.
I’m resilient. I’ll persevere when everyone else gets tired or bored and abandons.
I’m not afraid to fail, cause it will only accelerate my learning and then I’ll try again.

The words above are a great reflection of how my first half of the year felt like. We’re now halfway through 2018 and feel like I’ve been building a strong foundation so far. Can’t wait to see where the second one will take me.

And I’m grateful that I’m able to share the lessons I’m learning throughout my journey with you – once again, thank you for taking your time to read my gargantuan emails every Friday. I know it must be hard to follow my (sometimes contradictory) thoughts, so all the more reasons for appreciating your trust. ❤️

1. Shane Parrish’s talk with Naval Ravikant is probably one of my favorite podcast episodes I’ve ever listened to – and among the few I relistened to and read its transcript. That’s because listening to Naval feels like a brain upgrade – he gives me a peace of mind and seems to have an answer to anything in this world.

Naval is the co-founder and CEO of AngelList, a platform that connects startups with angel investors and job-seekers. He’s an angel investor himself, having invested in more than 100 companies, including a few „unicorns” such as Uber, Twitter and openDNS.

However, even if you don’t care about the startups ecosystem or investing in companies, you’ll get to learn a lot from Naval. There’s just so much wisdom in one place. Brain upgrade, I’m telling you! He talks about how he treats books and gets to read so much, about how to make and break habits (including how he gave up alcohol), core values, education, and so much more.

Go and listen to him and hit reply afterwards – I’m curious to know your thoughts (and I’ll send you some extra links, to more awesome content with him).

2. I’m guessing we’ve all had to deal with manipulative people, that love to play the victim and leave us wondering if we’re actually the problem or we’re just plain crazy.

Lots of friends who are business founders or managers have been complaining to me lately about the passive aggressiveness of some individuals on their teams – and it usually takes just one rotten apple to disturb how others work.

Here’s something that might prove to be helpful: a great article about how to handle passive aggressive people, written by Eric Barker (blogger and author).

In the first half of the article, Eric covers their manipulative tactics and then comes with strategies for dealing with them – for cases when you can’t avoid them. Or fire them.

3. A great article on how to think about second-order effects.

Here’s an example of a second-order effect:

4. Remember my last week’s email, about why I’m putting pressure on myself by publicly announcing I’m writing an ebook? I also set up an impossible deadline for that… and later ran into an article from Seth Godin about why it’s fine to invent deadlines if they help you do your best work (it’s short and sweet, as usual).

5. I wanted to learn more about the details of managing a remote company, such as how to figure out if your employees are going through a personal crisis when you never get to see them face to face. Or what are some personality traits to look for when you hire for remote working, and most common reasons for firing your remote employees.

I also got to learn about the connection between p*rnography and social media, how the distraction economy works, and why Facebook is the best drug dealer on the planet.

About all these and more, in my interview with Liam Martin. It’s actually a summary of the most important lessons I learned from Liam, but you’ll also find a link to our transcript, in case you want to read the whole conversation.

Liam’s a Canada-based entrepreneur, co-founder of two platforms dedicated to empower remote workers and remote organizations: one’s called Time Doctor, the other is Staff.com. His business partner lives across the world, in Australia, and their whole team is fully remote. They also organize an annual conference held in Bali, called Running Remote, about, you guessed it, remote working (co-founders and C-level executives from companies such as Buffer, GitLab, doist and Atlassian were among the speakers).

6. The Eisenhower Box, named after the American president, is a simple decision making process that you might want to add to your toolbox (in case you weren’t already using it without knowing it’s called this way, like I was).

For more tips on how to use it and figure out the difference between important and urgent, read James Clear’s article: „How to be More Productive and Eliminate Time Wasting Activities by Using the Eisenhower Box„.

7. Two quotes that caught my attention, from The Paradox of Belonging:

„The pursuit of happiness through possessions is like a treadmill that never ends.”

„Until you conquer the fear of being an outsider, an outsider you will remain.” 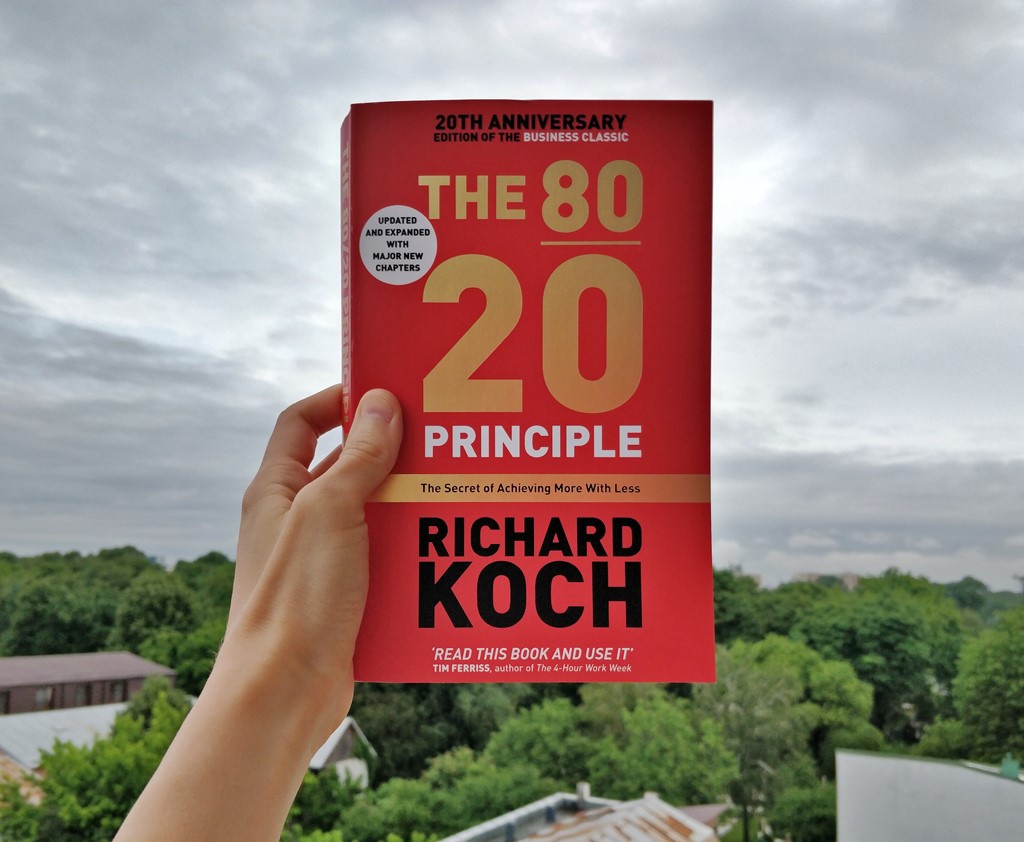 Lately I’ve been going back to basics and reading books that I already knew what they’re about, I’ve heard everyone praise them, but I somehow managed to escape reading them. The 80/20 Principle by Richard Koch is one of them.

I first got familiarized with this principle (also dubbed the Principle of Least Effort) 10 years ago or so, when I read Tim Ferriss’ first book, The 4-Hour Workweek. I recently re-read it and decided to dig even deeper into the 80/20 rule, so that it will ‘sediment’ in my brain.

The 80/20 law states that there’s an imbalance between inputs and outputs and a small minority of causes has a major dominant impact. 80% of the world’s wealth is possessed by 20% of the people. 20% of book titles generate 80% of profits. 80% of our happiness comes from a small proportion of actions. 80% of the value of a book can be found in 20% of its pages.

It’s also called the Pareto principle, named after the Italian engineer who first identified it. Vilfredo Pareto looked at the patterns of wealth and income in the 19th century and discovered that the mathematical relationship between them repeats consistently wherever he looked.

Juran’s story is actually interesting and I’m gonna digress for a second to elaborate on that: he was born in Romania, lived in the U.S., worked for Western Electric/AT&T and wrote a groundbreaking Quality Control Handbook about how to use the 80/20 principle in manufacturing. However, no US company cared about his theories.

In 1953, Juran was invited to Japan to lecture and remained there to work with Japanese corporations that appreciated his work, helping them transform the value and quality of their products. It was only after the Japanese goods began to invade the US markets that the Americans realized the threat to their industry and Juran’s work started to be taken seriously and he moved back to the US.

It’s unfortunate that great minds sometimes need to leave their countries and be appreciated somewhere else before they gain recognition back home.

Now going back to Richard Koch’s book. IBM, Apple and Microsoft applied this principle to make their products cheaper and easier to use. Warren Buffett used it to buy few shares, hold them for ages and get rich through the compounding of the capital.

If you want to learn how to apply the 80/20 principle in analysis and thinking, the connection between this principle and the chaos theory, and how to use it to improve your business and personal life, I strongly recommend that you read it.

Înapoi
Learning from awesome events across the globe: Chocolate Chip Cookie Off Charity Auction
Înainte
My inbox before & after GDPR enforcement