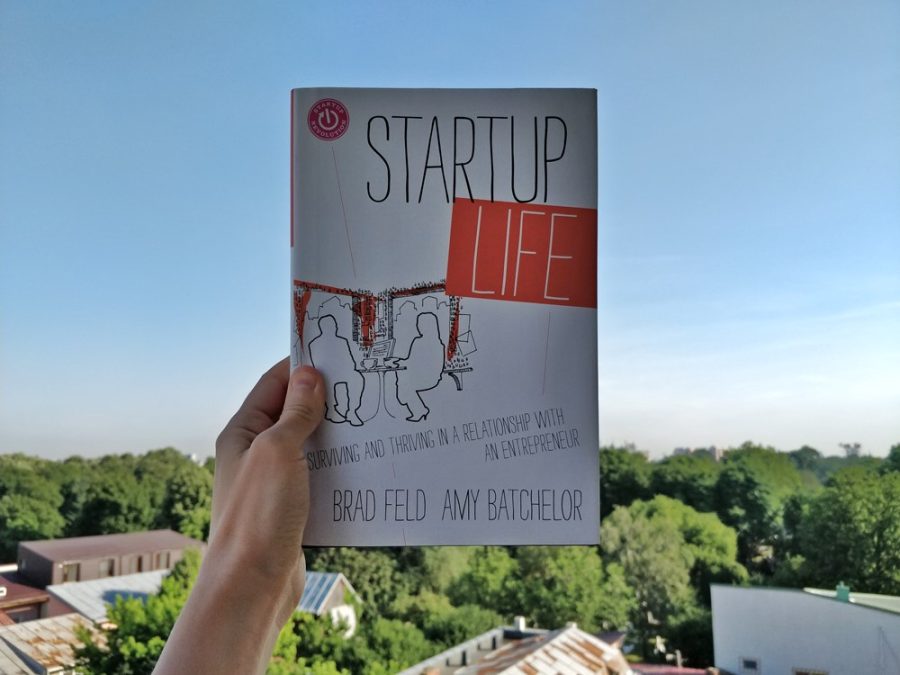 When I was a kid, maybe 4 or 5 years old, I somehow taught myself how to read. I was raised by my grandma, as my parents were working hard all day long (and sometimes even during nights and weekends), and it was impossible for anyone to have enough energy to supervise me all the time.

That’s how I ended up reading Moldavian manuals, local newspapers with investigative journalism, Stephen King novels (too scared to also finish any of them), English PC World magazine articles about Windows 3.1, the adventures of Gargantua and Pantagruel, Arthur Conan Doyle’s The Last World, and anything else found around the house.

I was also telling anyone who’d ask that when I’ll grow up I’ll become a writer, and grown-ups were making fun of me, saying that it means I’m going to be broke. To be honest, I don’t remember this part, I’m just gonna have to trust my parents’ memory for it.

Fast forward to present. I’m in the third decade of my life and been saying for too long that one day I’m gonna write a book. I also realized that I do my best work when under pressure, so, guess what? I’m writing a book. Well, an ebook, to be more precise.

It will be launched through The CEO Library (obviously) and revolve around social media struggles – how to use it as a tool and don’t let it take a toll on your mental health (see what I did there? tool / toll?

So yeah, a lot of it will be based on what I’ve been writing here, in the past year’s emails, and my article in Decât o Revistă’s latest issue. It also goes back to the point I was making in one of the previous emails, about how I’m writing about what I need to learn and apply, so I’ll include a lot of guest tips.

By making this announcement publicly, I’m putting pressure on myself, so you guys can hold me accountable.

Oh, and I’m also contributing to the release of two other ebooks, written by two authors I highly admire – it’s not my place to say anything else yet, but I will be back with all the details when the time comes.

And now: this week’s questions.

???? I hate giveaways. I consider them shortcuts used by lazy marketers who can’t think of something that’s creative and truly useful for their communities. I also believe they attract the wrong people and they’re not healthy over long term – especially if this is the only strategy used to grow a brand or a project.

That’s why I wanted to do something completely different with the giveaway put together for The CEO Library:

That being said, I wrote a long article where I explained the thinking behind the $300 worth giveaway with books.

When we announced it, we had only 715 mailing list subscribers. We’re now mid-way through the giveaway (8 days left) and, when it ends, I’ll write a follow-up about the promotional steps and what were the results. Can’t wait to see which of my presumptions turn out to be wrong

???? Amelia Boone‘s a huge source of inspiration for me. She’s one of my favorite runners in the world, has been dominating the obstacle course racing, and recently been determined to conquer the ultramarathon scene as well. She has tens of victories – including four obstacle racing world championship titles, more than 50 podiums in 5 years, races that lasted 72 hours in a row, and so on.

Oh, and she only started running just before turning 30 – so no professional athlete background. She did it all while having a full-time job working as a lawyer at Apple. She’s aware she’s not the strongest or the fastest, but she’s really good at suffering – her fans call her „the Queen of Pain”.

Three awesome interviews with her:
1. her talk with Tim Ferriss – this was in December 2015, pre-femur injury.
2. her talk with Shane Parrish (FarnamStreet Blog) – this one’s from this year. Shane, why only one hour long?

3. her profile / interview in Runner’s World – this one’s text. I think it’s only a few days old.

Check them out in the chronological order, so you can clearly see her evolution.

???? „Several experts told us that it is impossible to enter the running shoe market with a new technology and brand. They told us not to do it. Thank god we were even crazier than them and did it anyhow.”

The quote above is from an interview with David Allemann, co-founder of ON, the fastest growing global running brand. Born in Switzerland in 2010, it’s the creation of former professional athlete Olivier Bernhard (three-times world duathlon champion, multiple Ironman winner) together with his friends (also runners) David (mentioned above) and Caspar Coppetti.

I’ve been testing On shoes for the first half of this year – they played an important role in the personal best I did at the recent half-marathon, it truly feels like running on clouds (the model is called Cloudsurfer).

It’s also the first running brand that I’m not ashamed to be wearing on the streets, when not training, cause they’re really pretty. I’ve never before been approached by so many strangers who wanted to know what brand of shoes I’m rocking – huge change for someone who always tries to blend in with the crowd and only wears black & white clothes.

After studying them from afar for a long time, I recently (and gladly) accepted On’s proposal to become a Romanian ambassador for their brand. I think this is my first marketing campaign in over 5 years – with a role under the spot-light, not the puppet master pulling the strings. I never associate myself with other brands, unless I truly admire and believe in them, and On’s philosophy matches my values: quality over quantity, long-term perspective, well thought out associations.

By the way, if you work in marketing, you’re gonna love their latest campaign: yesterday, on the longest day of the year, they put together the world’s longest relay run, with a team spread over 24 time zones (it also marked the release of a new model called Cloudace).

???? If you’re considering giving up eating meat, please think again. I know this is not something you’d expected to hear from someone who’s been a vegetarian for seven years. I put in writing my thoughts on giving up meat and a few questions you should ask yourself before going down this road (warning: decision making models and food pron pics included).

???? Happy birthday to one of my favorite writers and strategists in the whole wide world: Ryan Holiday just turned 31 and wrote about the simple but essential lessons he learned (at the end you’ll also find articles with lessons from his previous 5 birthdays, so you can compare them).

???? „People are still expected to provide reasons not to have children, but no reasons are required to have them” – a quote from a controversial op-ed titled „Think Before You Breed„. I don’t know about your bubble, but in mine people don’t want to have kids, although they’re seriously taking it into consideration because of aging and social pressure. It’s likely caused by depression from living in a highly corrupted country with an uncertain future (you have to be really ignorant not to ask yourself what kind of life will the future generations have here), so it’s hard deciding to bring a human being into this fucked up world – at least not before solving your own personal issues (kids aren’t therapy). 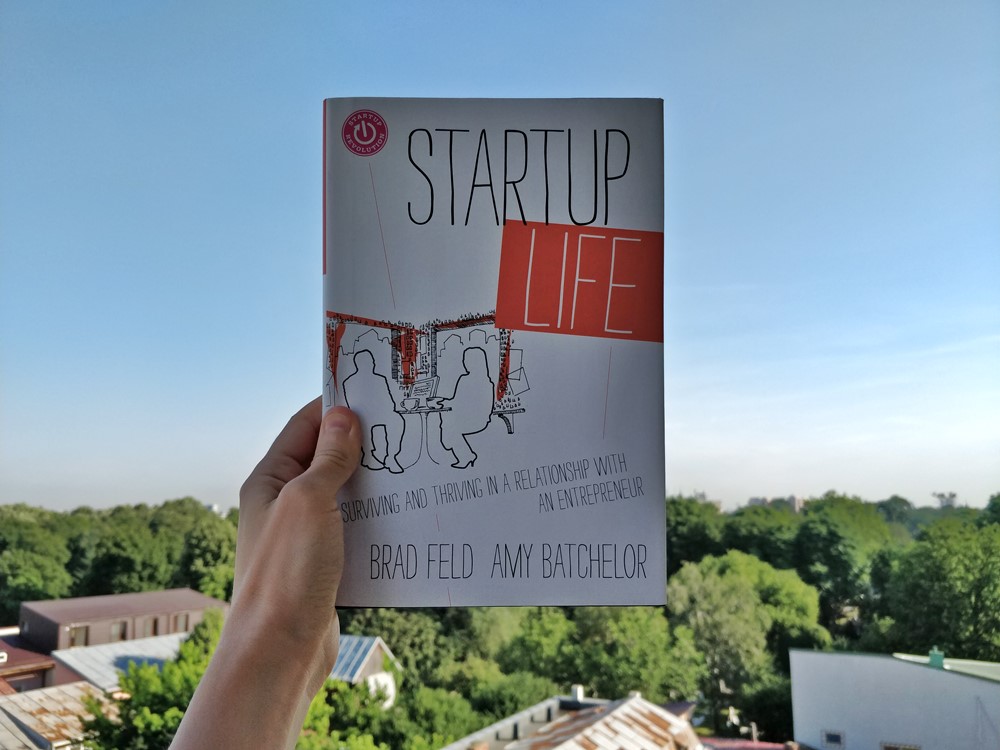 ‘Startup Life: Surviving and Thriving in a Relationship with an Entrepreneur‘ is a book written by entrepreneur & investor Brad Feld together with his wife, Amy Batchelor. I read it while in Sibiu and I’ll probably force my better half to read it as well during our next vacation (whenever that will be).

It’s one of the most practical books I’ve ever read, filed with advice for couples where at least one of the partners is an entrepreneur. In my case, both of us are entrepreneurs, and Brad and Amy’s insights helped me learn how to articulate what’s going on inside my head (Brad’s also highly introverted and drained by social interaction).

If you’re a business founder, this book might save your relationship. Or at least your mental health.

That’s it for this week. Enjoy the weekend and, until next Friday, you know the drill: keep questioning everything.

Înapoi
The strategy behind a 300$-worth giveaway with books about learning
Înainte
Learning from awesome events across the globe: Chocolate Chip Cookie Off Charity Auction