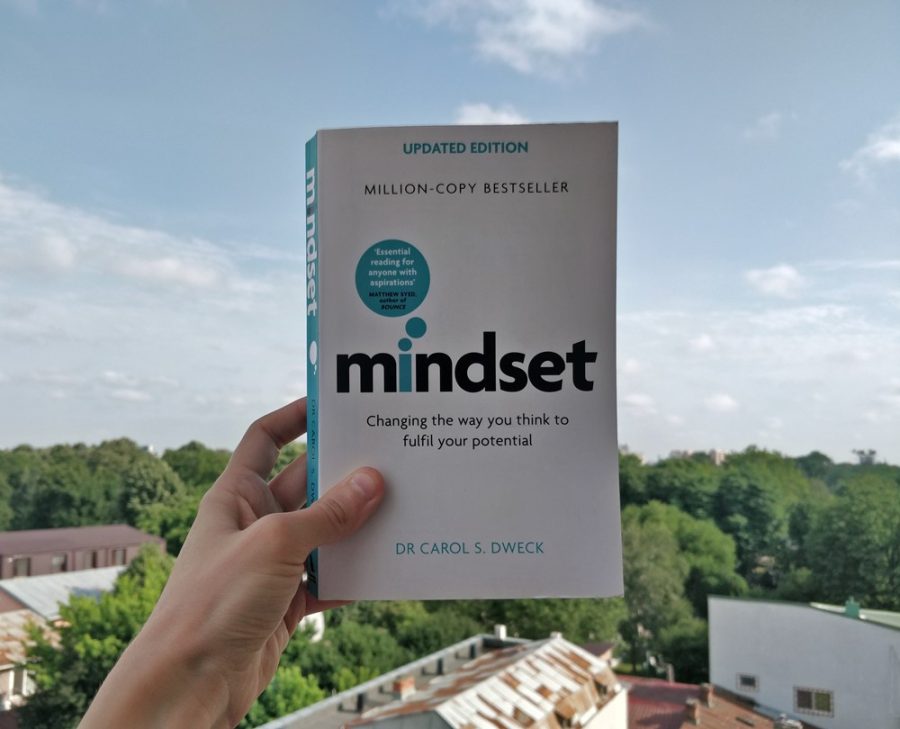 Back home I usually follow the same routine: I have my days split into two big parts, one dedicated to work, and one for fun.

I work from the minute I wake up (between 6-7 AM, perhaps later during winters, but never using an alarm clock). After focusing on work until late afternoon, I have the rest of the day blocked for fun activities.

Work is also further divided into two chunks of time: mornings are for the most important things (usually related to creativity, writing, thinking), and later in the day I move on to communicating (team management, emails, meetings, and the likes).

By „fun activities” I’m referring to getting together with friends and/or sports training (I also have a routine for those, but I won’t get into the details now).

a) I’m more efficient in the morning, after a goodnight sleep. If I’m not well rested or my ‘buffer’ already started to fill with other people’s agendas (be they emails, news, phone calls, crowd metro stations or social media updates), anything I set my mind to will take me at least twice as long. I’d rather work when I know my “battery” is fully charged, so I schedule all the important tasks right at the beginning of the day. Plus, there aren’t as many distractions and interruptions.

b) I need to block long stretches of time to be able to get in a deep work flow. I can’t easily switch between tasks or try to multitask – or perhaps I can, but I believe it affects the quality of what I do, so I try to avoid doing that (evergreen read on the subject: Paul Graham’s essay ‘Maker’s schedule, Manager’s schedule‘, pair it with Cal Newport’s ‘Deep Work‘ ).

c) With the exceptions of weekends, I’ve never been able to rotate these and go run early in the morning, and only afterwards start work. I need to work first, or else all I’ll think about during my training will be how guilty I feel for all the potentially productive hours I’m wasting by doing something else. So work comes first, sports at the end of the day, to disconnect and de-stress. I also fall asleep much easier afterwards.

That being said, as you know, I’ve spent my last week in Sibiu, attending the International Theatre Festival (it’s still on – Sunday will be the last day). I made a promise to myself that while in Sibiu I’ll keep the same routine I have back at home: work in the first half of the day, fun afterwards – replacing sports with theatre and dance performances.

Of course, as you’ve probably seen it coming… my plans were completely ruined once in Sibiu.

First of all, it was impossible to go to sleep as early as I do back home. All the best shows are scheduled late at night, which means they end sometimes around midnight – that’s way past my bedtime.

In the second day of the festival I’ve made the (greedy) mistake to schedule four performances in a row. No clue what I was thinking. By the middle of the third show, my brain wasn’t able to properly process information anymore.

At the end of the day, after all those shows, of course I was hungry and didn’t have any healthy late night options, so I went to the festival’s club, in search for (any type of) food. That’s the place where organizers, performers and media representatives gather and chat for a few more hours every night. I’m aware of the importance of networking, but, as an introvert who stopped drinking alcohol 18 months ago, I tend to avoid this kind of places, as they make me feel miserable. So note to self: no more scheduling four shows in a row or without taking breaks between them for healthy food.

The next morning, I had planned a run in the nearest park – a Sunday tradition that I have back home and wanted to keep. Needless to say, it was impossible to wake up at my usual hour and, when I eventually did manage to wake up, other important work things intervened. This had a domino effect: I woke up later than usual, which led to going to bed even later than the night before – a cycle that self-perpetuated.

After a couple of days, I decided to just switch my mindset. Instead of struggling to maintain my home routine, thus setting myself for failure and frustration (and wasting too much energy in the process), I just embraced what was happening and enjoyed my days spent in Sibiu.

I also realized that this pattern change has made me even more creative, and lots of ideas were seeded in my mind (or perhaps it was the effect that awesome dance performances had on my mind?). So maybe a disruption in my routine was a good thing, after all. And now you also understand why I’m sending this email so unusually late.

I got back home from Sibiu last night and now I’m already packing for my next trip, leaving again in a couple of hours. Any tips for working while on the road that you found useful?

Moving on to this Friday’s neuron-expanding articles…

1. To Everyone Who Asks For ‘Just A Little’ Of Your Time: Here’s What It Costs To Say Yes

This might just be the second or even third time I’m sharing this article from Ryan Holiday. As I was saying in last week’s email, I go after content that I need at that very moment – in this case, I needed a reminder on how to say no more often to those who ask me for meetings or chats. I try to be as protective as possible with how I’m spending my energy, time and attention, depending on long-term perspective priorities, but it’s still hard to say no to others and I feel guilty every single time I do it.

2. It’s time for recurring meetings to end. Why are we still doing this to each other?

An article written by one of Basecamp employees, about why recurring meetings are hurting the way your team works (I just love Basecamp’s work culture and what Jason Fried built together with DHH).

Oh, and from the same author, an article with thoughts after 5 years at Basecamp, where he lists more things they do to combat waste time.

3. How I cured my anxiety

This one’s a great read on how to tackle anxiety and change your mindset. It’s from 2013, but the advice in it remains evergreen – especially in the context of all the recent talk about depression and tragic suicides.

4. Why the best things in life are backwards

I saved the best for the end. A new article from Mark Manson, about the concept of diminishing returns (including why pursuing happiness takes us even further from it).

5. One quote that I loved: „Capital should follow talent, not talent following capital.” – go read the whole article for the context, it’s from The Valuation Obsession, where VC Fred Wilson talks about media-hyped startups and focusing on the wrong metrics. 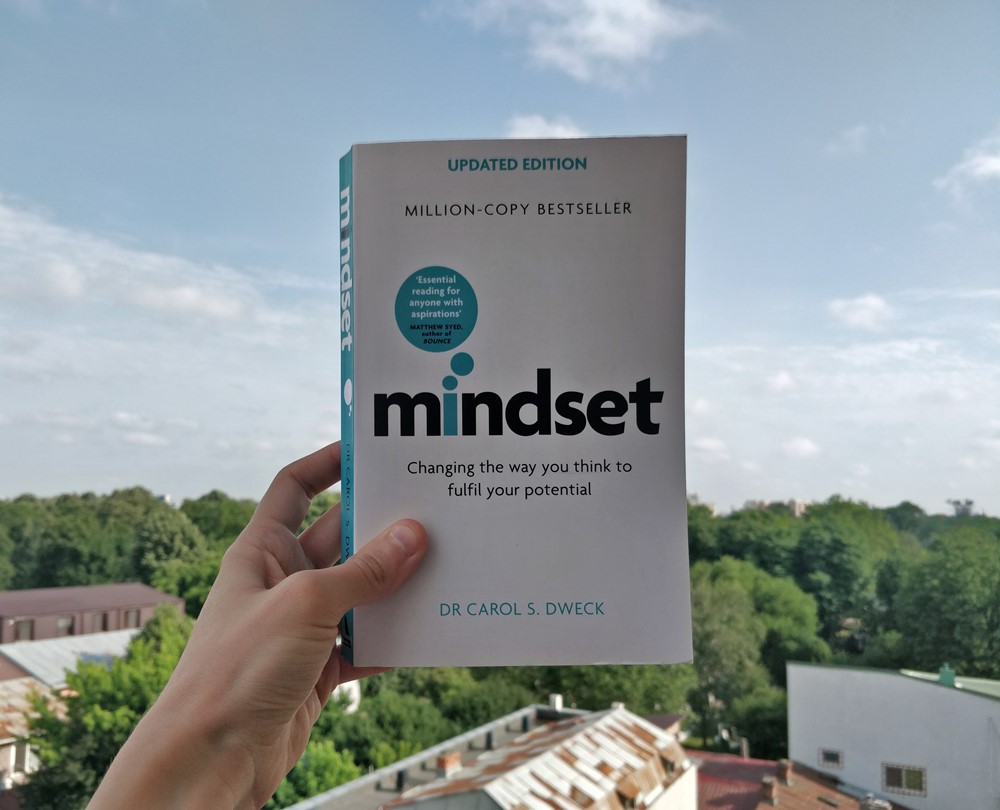 I recently finished reading Carol Dweck’s „Mindset„. As with any other books that are highly recommended by many people (including, in this case, Bill Gates), I had huge expectations, so I kept postponing it. I’m sorry I did – it is indeed a great read and I’ll probably get back and reread parts of it in certain situations.

Carol argues that people’s mindset is somewhere between two opposite poles. On one side, you have the „fixed” mindset that represents those who believe they’re born with certain skills or talents. On the other hand, you have those with a „growth” mindset, who believe that our abilities can be developed through learning and deliberate practice, so they focus more on the process, they are more patient, they are not afraid to take risks and fail.

Building on this theory, Carol shows how it applies in various contexts, from sports and business to parenting and relationships.

Of course, this is just an oversimplification, and you should go read the book for the rest of the details. It’s an essential read to… well, I guess almost anyone. Read it for yourself – especially if you lack confidence in your skills, but also if you’re a parent, managing a team, mentoring or coaching other people.

P.S. you can also win this book – together with 9 others, all worth $300, as part of the giveaway we’re organizing on The CEO Library (we’re offering all the books about learning how to learn – the meta-skill that can make you unstoppable in the new economy).

Keep it together until next Friday.