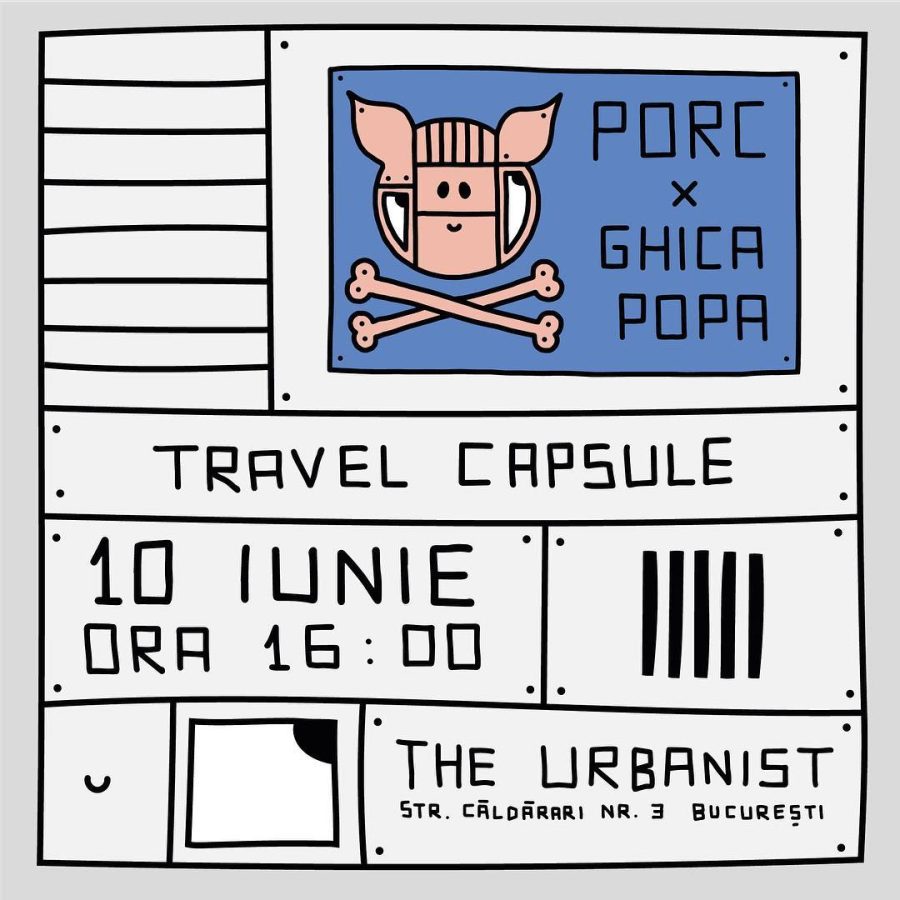 A theme kept popping up in the conversations I’ve had in the past week – conversations with completely different people, so I’m taking it as a sign and going to use this opportunity to present to you the conclusions I’ve reached.

Every week I’m sending you this huge newsletter with all sorts of big ideas, learnings and extra resources to go even deeper, from articles to books and podcasts. While at first it may seem as if I’m talking about them with the confidence of someone who’s some sort of expert that highly masters them and decided to help others in the process, the reality is exactly the opposite.

These are, first and foremost, dedicated to me. I’m the one who needs them. I’m the one who needs to learn. I write about what I personally feel the need to master at that moment. That’s why some subjects keep repeating themselves in what I write, or why I choose to reread certain books and articles. I’m drawn to those things I struggle with, whatever challenges I have at that moment.

So no, I’m not a guru, far from it. I’m just someone who tries to analyze in a clinical way the knowledge gaps and chooses to do something about it. By writing about something I feel that my learning is accelerated, but it’s still a struggle. I’m nowhere close to owning the keys to a life’s framework.

And since I’m on the ‘myth busting’ path, there’s one more preconception I’ve noticed and wanted to clear the air about. Most of you, dear readers, are under the impression that this newsletter is the result of a week-long work. While it’s sweet for my ego to hear that, nothing could be further from the truth.

I always write these newsletters in the last minute. Yeap. Every word is written directly Friday morning, from the minute I wake up until I push the ‘send’ button (with the exceptions of maybe two times, when I wrote it the night before, because I was supposed to be travelling the next Friday morning).

I may have an unfair advantage of being able to access the information really quick, thanks to the digital tools I’ve been using for years now, but it’s still a last-minute work. Until Friday morning, when I wake up, I don’t even think about what I’m going to write in the newsletter, what theme, links, or anything else. These are all products of Fridays’ 7AMs.

That being said, I’m also supposed to be heading out of town in a couple of hours and didn’t pack anything, so let’s jump to this week’s articles (I’m sorry if their introductions are going to be shorter than usual) (perhaps it’s time to reread some time management resources?).

1. Unlearning – Derek Sivers published this great article yesterday, about how humbling it was for him to realize he wasn’t still an expert and he needed to unlearn everything and start from scratch.

I know I’ve written about Derek here before, but just a quick recap: Derek’s one of the few people I’ve ever read everything he wrote. He’s an entrepreneur, ex musician, also an INTJ and alumnus of Berklee College of Music.

20 years ago, he founded CD Baby, a company that helped indie artists distribute their music (back when they still depended on record labels). He sold it 10 years later and donated all the $ millions to charity. Derek’s been travelling the world since, writing and launching new, smaller projects. He’s currently working a few new books.

2. Throat clearing isn’t necessary – I just loved this article from Seth Godin. I hate writing introductions and prefer skipping right to the juicy part (just as I hate small talk in conversations).

3. How to be an effective early stage employee. Hint: be helpful. – my dear friend Andra Zaharia sent me this article recently, about the ‘Helpful Hierarchy’ of an early stage employee and how to be proactive. Actually, this article might be relevant not only for startups, but for anyone who’s working in a company (if you know any interns or juniors, send this to them).

It’s an issue I’ve seen too many times: people are waiting to be told what to do, or they’re just pointing others to whatever problems exist, without doing anything about them or coming with solutions. Stop complaining and take action.

This reminded me of Liam Martin‘s motto for deciding who’s fit for his companies and who’s not: „Don’t ask me what to do, tell me what you did, even if it’s wrong” (Liam has more than 70 employees who live in 23 different countries, he’s the founder of TimeDoctor and Staff.com – two businesses built around remote working).

4. Futurist Gerd Leonhard about cryptocurrency, the professions that will disappear over the next 20 years, and why he quit Facebook

Gerd Leonhard’s a futurist who writes about technology and its impact on humanity. I’ve been following his work for more than 10 years, since I’ve read his book „The Future of Music” – this is probably the book I’ve recommended most to those I’ve been working with in the music business, most of what he wrote in it came true, it just blew my mind. I’m grateful that I’ve also had the opportunity to meet and interview him a decade ago, at MIDEM (the largest music industry event in the world).

For my Bucharest-based readers: I recently found out that Gerd’s coming next week at ICEEfest, the digital & tech festival. If you happen to be attending, go see him. For the rest of you: Gerd’s on a world tour to promote his latest book, so follow the list of events from his website and go see him (I also recommend that you follow his Twitter account – he shares lots of interesting articles there).

Oh. And about the article. Here’s an interesting quote from it:

„The most important thing about technology is that it makes service faster and more convenient and that it takes out the middleman. The banks are middlemen, and it must be emphasised that the role they play is too big. In the near future, there will be thousands of ways of doing things currently done by the banks that won’t require them. For instance, we’ll eventually be able to instantly transfer wages via phone without banks as intermediaries, as is already the case in Africa. This does not equate to the idea that banks will completely disappear but it does mean that some of them will lose between 40% and 60% of their of their income. Let us remember though that we have private banking, consumer banking, and investment banking. We’re connected to the internet and really don’t need to use a bank to send money anyway.”

From a conversation with Daniel Kahneman, author of „Thinking, Fast and Slow„:

„Humans can override the algorithm when something obviously relevant has happened. So, if an algorithm offers a loan to someone and then the banker realizes that that person has been arrested for fraud, that loan will be voided — but that’s the exception. In general, if you allow people to override algorithms, you lose validity because they override it too often. Also, they override on the basis of their impressions, which are biased, inaccurate, and noisy. Decisions may depend on someone’s mood at the moment.”

6. Self promo moment, cause there are lots of cool things happening at The CEO Library lately: I’m proud to announce that we’ve had the chance to interview Garrett Moon, co-founder and CEO of CoSchedule, one of the fastest growing startups & top content marketing editorial calendar solution.

In less than four years, CoSchedule has grown to 9,000+ customers in over 100 countries around the world, they have more than 325,000 email subscribers, and 1.5 million monthly pageviews. If you’re working in marketing or you’re trying to build a startup, then you know that calling these achievments „impressive” would be an understatement.

Aside from being an entrepreneur, Garrett is also an author. He recently released “10x Marketing Formula“, a book dedicated to content marketers who want to overcome whatever roadblocks they have.

We talked about how he used books to built a ladder of knowledge towards becoming a better entrepreneur, the mistakes made along the way, how they’ve made him to stay humble (he’s also a Ryan Holiday fan

), and why to embrace change: Garrett Moon, CEO & Co-Founder of CoSchedule: ”Books will trigger moments of clarity for me as a leader”

7. I’ve also put together a list of books for anyone who wants to learn how to learn – this meta-skill that is key to anything else you put your mind to. We’re actually putting together a giveaway so, if you want to win these books, stay tuned (I recommend that you subscribe to The CEO Library newsletter as well – there’s where we announce all the important things).

8. Remember last week’s long list of newsletters I’m subscribed to? I realized I left out a few, so I decided to extend the list, add photos and extra words about each and one of those cool sources. I published it on my blog, you can see it here (I’ll probably keep on updating it in the upcoming days – I’m convinced I keep forgetting something). 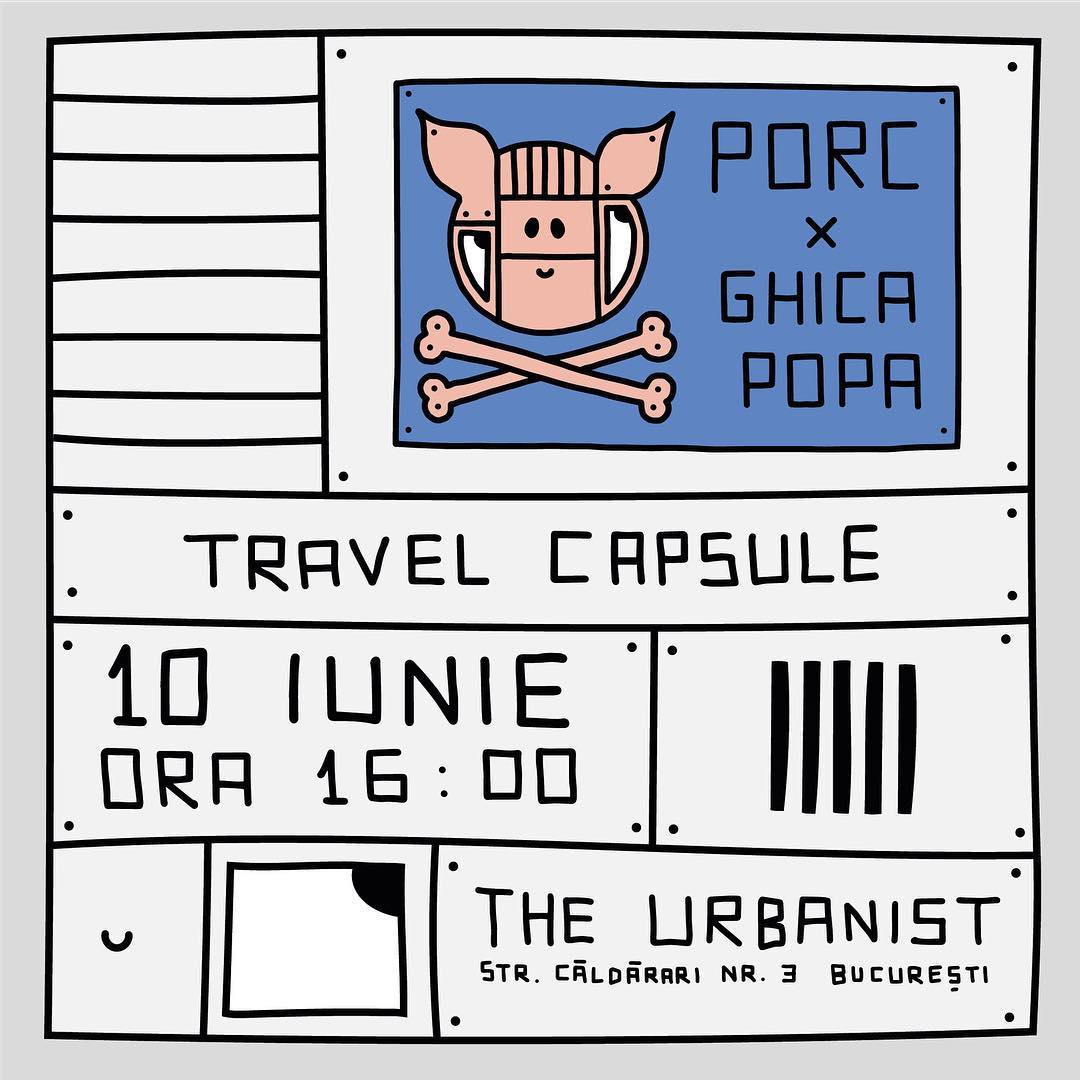 Saved the best for the end: it’s a huge historical moment for Romania’s streetwear scene, one that I’m not sure I’m able to properly grasp its importance, but I’ll give it a try.

Ghica Popa is probably the best Romanian graphic artist and illustrator, famous for his industrial themes – a surreal mix of robots, cars, strange buildings, spaceships and more. Ghica’s creative background has roots in advertising, from years of experience working as an art director and studies in arts.

His distinctive style caught the attention of brands across the globe, which led to collaborations with Nike, DC Shoes, Less Taiwan, Overkill x adidas, G-Shock, and many others. His work can now be found from Japan and England to the USA, UK, or Taiwan. He’s also been featured by Hypebeast, Complex Magazine, High Snobiety, Sneaker Freaker, and many others.

In case you’re Romanian and wondering why you haven’t heard about him before – do you really want to get into the subject of when media become irrelevant? I’ve decided to stop waiting for others to promote those who do awesome things and, instead, do it myself.

Now back to the collab. The PORC X GHICA POPA launch of the travel-inspired capsule collection will be celebrated this Sunday in downtown Bucharest, with a DJ set from Deliric (co-founder of PORC), Silent Strike, Vlad Dobrescu, Nwanda, DOC, Barna Nemethi, and more. If you need more details, check out this post on my blog.

Writing this I realize it’s been a long time since I’ve seen coming together so many extraordinary, creative people whom I highly admire. I genuinely regret I won’t be able to attend the event that marks this launch, since I won’t be in town (I’ll be attending the 25th edition of the Sibiu International Theatre Festival).

P.S. I know I said this before, but I’m asking you again: in order to make this newsletter viable over long term, I need to build a larger audience. The only way I can do this is with your support. So, please, if you enjoy what I write here, please forward it to your friends, enemies and coworkers. Write about it. Write about what you’ve learned. Write about the wonderful resources or ideas that you’ve discovered.

Until next Friday. Stay humble.