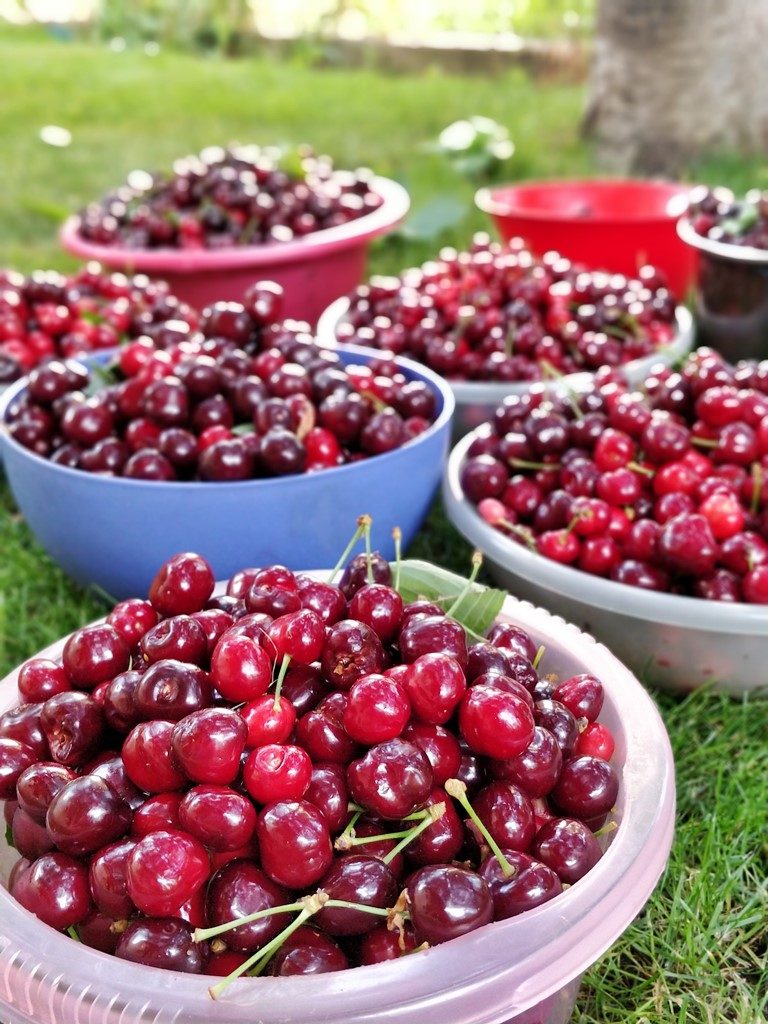 Every time someone tells me they’re considering giving up meat, I ask them: why? Why would you do that? Is it because you haven’t been feeling well after consuming it? Is it because of your blood test results? Do you feel morally wrong for eating animals? Or is it just because it’s a trend in your bubble? Without defining the main reason why you’re doing this, I don’t think you should stop eating meat.

This is an unexpected reaction, since I’ve been a vegetarian for almost 7 years and never felt so good before in my life. People expect me to encourage them when they mention they want to stop consuming meat and, instead, I make them question themselves.

I chose to stop eating meat at the end of summer 2011. I made that decision after attending Bobby‘s surprise birthday party – the ‘after party’ consisted in grabbing a shaorma together with an old friend (shaorma is a dish with grilled meat and vegetables wrapped in pita, similar to the Turkish kebap or Greek gyros).

That late night shaorma on the 31st of August 2011 was just the last one in a long series of meat-meals that made me feel really sick, so I decided to stop consuming meat for a while and see how I feel.

Back then, I was spending a lot of time with a close friend who’s also a vegetarian, so that probably made it easier for me, although his reasons are ethical – he loves animals too much and doesn’t want to cause harm to any living being (funny thing is he co-founded a streetwear brand named after an animal).

My case was different. I’ve never been a huge meat-lover. My parents have plenty of stories about all the creative ways I was avoiding meat during childhood. I remember my first experience with ‘mici’ (a local dish with grilled ground meat) – I only ate once, but it was enough to vomit for one week and never want to taste ever again.

So I only quit eating after feeling really sick for multiple times after consuming meat. And here I am, 7 years later, still a vegetarian.

Now time for some myth busting. First and foremost: all my life I’ve struggled with all sorts of vitamin deficiencies and my blood test results were a mess. This changed after I stopped eating meat. I haven’t had any problems since, all blood tests turn out fine. This is contrary to the general preconception of “you can’t live without meat” and “your body can’t take its nutrients only from veggies”.

But, of course, there’s always the possibility that it was just a coincidence that after two decades of eating meat, my health improved right after I became a vegetarian, with no other changes in my lifestyle, and haven’t had any problems since.

Another busted myth related to meat involves the loss of muscle mass. I invite anyone who says that vegetarians don’t have muscles to meet my legs. I recently jumped in the long-distance running wagon, with a particular attraction to mountain trails, and I got plenty of pics that one can use to study muscle anatomy.

Or, better yet, read Scott Jurek‘s autobiography and one of the best running books I’ve ever read, titled “Eat and Run“. Scott’s one of the world’s greatest ultrarunners, multiple times winner of the hardest ultramarathons, set multiple speed, distance and time records for running on all surfaces… and he’s been a vegetarian for over 20 years.

What’s ironic is that I only heard these warnings from ‘normal’ people who tried to convince me I’m making a huge mistake, but they never came from doctors. Instead, my doctors looked at the blood tests, asked me about how I feel, told me what I should pay attention to (tip: be careful with cheese quantity, as too much of it can lead to kidney sand, or worse), and continued to supervise me.

However, none of these is proof that what worked for me will work for you or anyone else. We’re different, our bodies are different, we have different needs, needs that change in time. Listen to your body and its warning signals, get in sync with it, but remember that this is something serious. Don’t fucking play with it. Do your blood tests, consult with a doctor and a certified nutrition specialist before taking any radical decision (you can get in touch with my dear friend Carmen, for example – she’s a nutrition coach and can guide you – there, no excuse to say you don’t know where to start!).

I also don’t encourage you to exclude meat – or any other food group – if you don’t have basic nutrition concepts. Giving up meat doesn’t automatically imply you’ll be eating healthier. There are tons of non-meat foods that are bad and you can do more harm. Not to mention that the type of meat and their sources, how those animals were fed, play critical factors as well – you might want to experiment with those beforehand.

Oh, one last thing that might prove to be helpful. Keep in mind that there’s no need to give up meat forever. Just start with a one-week experiment and see how you feel. I personally never took any kind of “I’ll never do this again for the rest of my life” commitment. It was more like “this is how I feel today, perhaps tomorrow I’ll change my mind”, and I’m perfectly fine with that lack of radical definition.

It’s a mindset that I applied to other decisions I wanted to make and wasn’t sure if they’re right for me or not. Knowing that it doesn’t have to be a life-long decision helps relieve the pressure I might be putting on myself and allows me to focus on the big questions. To extrapolate to another situation: If I wanted to move to a different city, I wouldn’t directly buy a house there. I’d first move for a few weeks, book an AirBnb or stay with a friend, and use those days as a simulation of how my life would look like there.

# ‘Vegetarian’ is the term generally given to those who don’t eat meat. And yes, ‘meat’ includes fish and sea food.

# I’m an ovo-lacto-vegetarian, which means I don’t eat meat at all, but I do include animal products such as eggs, cheese and milk (I’d rather not drink coffee than drink it without milk – or with vegan milk – ugh!).

# I also have no problem with my food touching meat, I’m not at that level. I have plenty of memories with restaurants that disregarded my request to remove the meat from the meals and I had the patience to do it myself (traveling across Romania is a pain in the ass when it comes to eating, since most of the traditional dishes involve meat).

# Those who eat fish or sea food are called ‘pescatarians’ (Steve Jobs was probably the most famous one). I’ve had many years when I didn’t eat fish at all, I’ll now sometimes eat sea food – and by ‘sometimes’ I actually mean once or twice per year, usually when I visit Greece and I know they’re really awesome, to satisfy my taste. I’ll also feel sick afterwards and remind myself why I gave up meat in the first place.

# I’ve been recording all my caloric and macro-nutritional intake on a daily basis, using MyFitnessPal, for more than 800 days in a row (822, to be more precise). It’s a habit that keeps me honest. I’ve met people who were saying “Oh, I’m only eating air and I’m still getting fat”, but when they started to keep a diary, they realized they were lying to themselves.

# If you want to dig deeper into the subject of counting calories, Doctor Jason Fung has some useful resources that I recommend. You might want to start with these two: ‘Counting Calories is a Ridiculous Way to Try to Lose Weight‘ and ‘The Useless Concept of Calories‘.

# Carmen also writes about food coaching on her blog (she’s been practicing for two years now).

And please, please don’t ask me what I eat, cause it would be much easier for me to just joke about it and tell you that I’m using photosynthesis to feed myself. I will say though that practicing sports – running – had a positive domino effect that influenced other areas of my life, including eating patterns, drinking (I gave up alcohol last year – well, I mean beer, since I never enjoyed the taste of any other alcohol anywayz), and sleep. 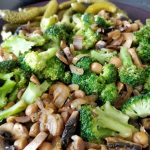 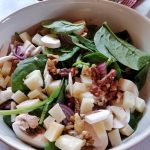 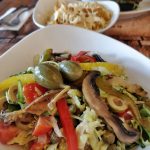 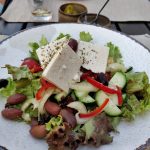 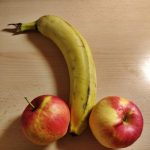 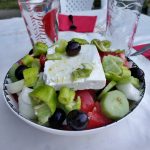 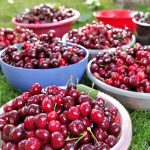 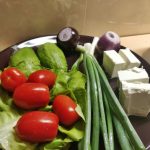 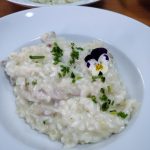 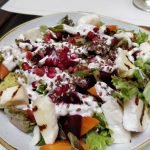 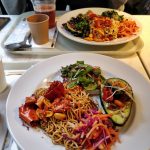 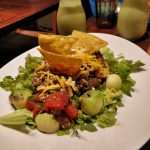 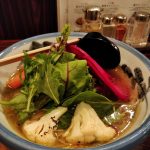 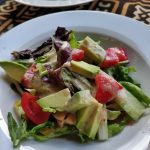 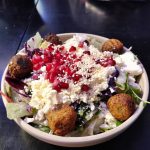 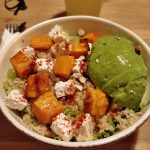 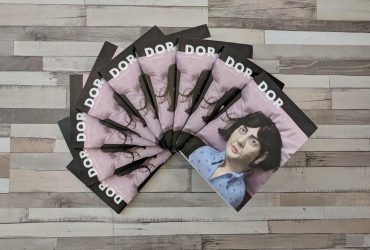 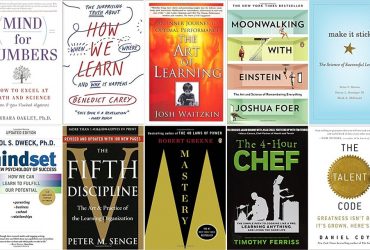